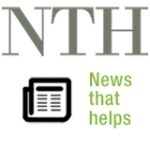 The economic slowdown, inflation and steep interest rates have been dampeners for the real estate sector. But if these conditions persist, they can work to the advantage of home buyers — especially in the National Capital Region and Mumbai where property prices have soared unreasonably high. A price correction is highly probable.

“Developers with large unsold inventories of high-end and luxury units will have to lower prices as the current run of sales through innovative marketing and offers such as the 20:80 schemes are coming to an end,” Shweta Jain, executive director of real estate consultancy Cushman and Wakefield, says. Despite lobbying with the government for incentives, developers say there isn’t much hope of these coming, at least not until the elections due next year.

All this piled pressure on developers to cut prices. “There’s an undercurrent to cut prices to push sales. Developers are short of cash. But this isn’t yet visible on the ground,” CB Richard Ellis MD Anshuman Magazine explains. There’s a demand for residential property. But, other than the poor sentiments, sky-high prices are slowing sales.

A developer explains: The problem lies with the fact that only parts of projects launched in the last three to six months are sold. The remaining inventory in the same project is unsold. The developer can’t slash rates for the unsold units. If he does so, earlier buyers who purchased when the project was launched, too will ask for reduced rates.

Jain says despite poor sales, many developers are still holding on to their quoted rates and the declines over the past quarters are marginal, But “there are expectations that prices would be lowered given the mounting cash-flow problem resulting from low off-takes, mounting input costs and debt servicing.”

She says the scenario is especially true in the NCR and Mumbai where developers have launched major high-end and luxury projects. End-user driven markets in cities such as Bangalore, Chennai and Kolkata are still recording reasonably healthy transactions as projects are priced more reasonably.

The market rates are likely to be first cut by investors who buy projects for the short term. Most of them bought around one to two years ago. Since then rates have appreciated by around 20% to 30% in the NCR and Mumbai. Now, with interest rates rising and prices stagnating for at least three months, many are tempted to sell and exit.

An investor says there’s little hope of prices going up in the next one year. At the same time, he has to pay 11% interest on investment, that’s if he borrowed money or lose a like amount in opportunity cost. Prices have appreciated since he bought the property and buyers are a lot fewer. So, the only way out is in cutting price and pulling out. Even then, Magazine says, this will take a while to happen because investors are still hoping that prices will appreciate.

Builders are putting up a brave face and saying there’s no scope of a major price slash yet. “Input costs have skyrocketed in the last year and we work on low margins,” Vineet Gupta, ED, Ajanara group, says. If prices have to be shaved, there’ll be no new launches, which will affect supply and in the long term, because demand is perennial, rates will rise. Ultimately, realtors won’t be able to build by cutting losses.