Narendra Nathan Oct 14, 2013, 06.10AM IST | Times of India
Though it’s good for equity IPOs and rights issues, the option may not be useful for debt investments. 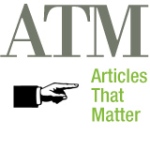 In 2008, the Securities and Exchange Board of India (Sebi) introduced the concept of Application Supported by Blocked Amount (ASBA) to protect the interest of retail investors. Two years later, Sebi extended this facility to other classes of investors, including the high net worth individuals and corporate investors . You can now use the ASBA route to apply to all public issues, including the initial public offerings (IPOs and rights issues for equity, as well as debt issues. Though the new fund offerings (NFOs) by mutual funds also accept this route, having a demat account is compulsory for using this facility. Hence, this option is restricted to investors who are open to buying the fund units in the demat form.

Under the ASBA mechanism, the application money is not transferred to the issuer immediately. Instead, the investor authorises the bank to block this amount in his account and the application is accepted when this is done. The blocked amount continues to remain in the bank account and is released to the issuer only after the allotment has been made. In case the issue is oversubscribed or the applicant does not get the allotment, the blocked amount is released and the investor is free to use this money.

To begin with, it eliminates the uncertainty and problems associated with getting a refund since the funds are released from the investor’s bank account only on firm allotment. Besides, the investor continues to earn interest on the blocked money even as the application process is on. It is also easier to withdraw midway from the book built public issues. All that an investor needs to do is intimate the bank branch to which he has submitted the request for availing of the ASBA facility. However, this is possible only during the bidding period. If the withdrawal is made after the bid closure date, the bank will unlock the money only after receiving the clearance from the registrar of that particular issue.

The ASBA facility is offered only by designated banks, which are known as Self-Certified Syndicate Banks (SCSBs). In other words, if the investor does not have an account with any of these specified banks, he cannot make use of the ASBA facility. Even among the SCSBs, the offer is limited only to certain branches. However, some banks allow the usage of the ASBA facility even if the account is not in any of the designated branches, provided your home branch comes under the ‘core banking’ facility.

ASBA is also issued only if you have a savings or current account. Essentially, ASBA is a watered down version of the ‘stock invest’ concept, which existed in the early 1990s. These instruments were issued by blocking the amount against short-term fixed deposits. In other words, you would have bagged a higher interest by availing of this facility.

Lastly, remember that the physical application form has to be submitted only in the designated bank branches. This becomes a handicap if you want to deal directly with a stock broker, as in the case of equity issues, or a mutual fund in case of NFOs. However, it is possible to fill the ASBA form online provided your bank offers this facility and the home branch is covered under the core banking facility.

Investors need to keep in mind that there may be procedural differences depending on whether they apply for equity or debt. For instance, a single investor is not allowed to submit multiple applications for equity, but this is allowed for debt issues. In both the cases, the investors can fill up only five applications from a single deposit account in the names of different persons.

The investors also need to keep in mind that the advantage of ASBA varies for equity and debt issues. “This facility has been designed keeping the equity issues in mind and, therefore, the benefits are higher when it comes to equity,” says Rajiv Deep Bajaj, vice-chairman and managing director, Bajaj Capital.

Does this mean that debt investors need not opt for this facility? Perhaps not. “Taking the ASBA route does not make sense while applying for debt investments,” says Raghvendra Nath, managing director, Ladderup Wealth Management . This is because the companies have started paying interest on application money and the interest rates will be much higher than the paltry rates that the Indian banks offer on savings and current accounts. Also, most debt allotments are on a first come, first served basis and, therefore, the probability of allotment will be very high if you apply during the initial days.