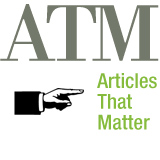 MUMBAI: Prospective flat buyers are indulging in innovative ways to circumvent paying the 12% GST levied on under-construction flats. GST on such projects is one of the main reasons that have kept purchasers away, said builders.

Some builders have found a way out for the prospective buyers. They show the booking amount as a ‘loan’ given by the buyer to its subsidiary company and once the building is ready with the mandatory occupation certificate from the BMC, the builder returns the amount to the purchaser with interest. ”

While GST on under-construction flats is a dampener on sales, some builders have found a way out. They show the booking amount as a ‘loan’ given by the buyer to its subsidiary company and once the building is ready and occupation certificate (OC) obtained, the builder returns the amount to the purchaser with interest. “The client then pays back the entire money to the construction firm,” said a builder with projects in the eastern suburbs. This does the trick because GST is not levied on completed projects with OC whereas GST rate is 12% on under-construction projects, and buyers in the affordable housing segment (homes of up to 60 sqm carpet area) pay 8% GST.

Property expert Pranay Vakil agreed that, “Some developers take funds from buyers in a different account/company and transfer it against the sale of a flat when occupation certificate is received,” but he sounded a cautionary note saying “This has a built-in danger in case the developer reneges on his commitment if the project is delayed.”

“GST is supposed to be a tax-neutral proposition, with input tax credit benefits to be passed on to homebuyers. However, lack of clarity on the amount and timelines of passing on this benefit have led to a predictable phenomenon—the quest for ways and means to avoid GST,” said Anuj Puri, chairman of Anarock Property Consultants. “In one variable, a homebuyer enters into a deal with the developer and subsequently, after receipt of the occupation certificate, the deal is cancelled and a fresh agreement is signed between the two parties. While reputed developers are steering clear of such deals because of the obvious potential legal pitfalls, a few smaller players are engaging in such practices to avoid GST and attract buyers,” said Puri.

He cautioned that many homebuyers had burnt their fingers dealing with such unethical players. “The RERA regime is strict and has penal actions, so these practices are not exactly a widespread phenomenon. Nonetheless, the governing authority has to collar such players to maintain sanity in a market that is just beginning to show the green shoots of recovery.”

Lamenting the 50% drop in sales in his under-construction luxury projects, a developer said: “Prospective buyers say they will sign a letter of intent (LoI) to block the flat so that they don’t have to pay GST They tell us they will pay after the building is complete. However, this LoI has no legal sanctity and the buyer can back out of the project without any consequences.”

But another developer with luxury tower projects in central Mumbai claimed his firm hasn’t come across this practice yet. “Our under-construction sales continue to remain strong and customers have no issue paying GST since they also get the benefit of the input credit in the pricing,” he said.

Builder Nayan Shah said customers want the builder to bear part of the 12% GST burden. “In our under-construction projects, we have started offering a box price, which is all inclusive. We bear part of the GST, about 7%, of the liability,” he said.

A homebuyer told TOI that developers were not passing on tax benefits to their customers of under-construction projects and are even delaying or denying the same despite being asked multiple times. “In our project, none of the customers have been given a taxation pass through benefit,” he said.

Sources said most purchasers are not even aware of the GST tax discount. “This is unfair for them. Most developers get away due to this lack of knowledge. This is, of course, a problem with a few developers and not all,” they said.